Retro period jewels (c. 1935 – 1950) tend to take on a very Americanized look and feel that balances sheer artistry and mass production. During this era, war devestated much of Europe, and jewelry designers fled to the US while overseas jewelry firms were shutting their doors. As the European economy plummeted, America was bouncing back from the Great Depression with incredible perseverance. 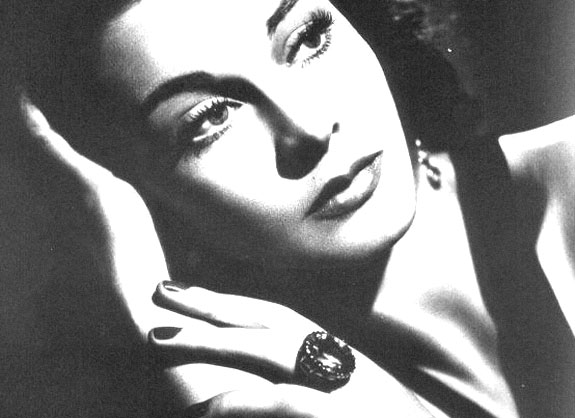 Despite America’s thriving market, the war wasn’t without influence on the decedent jewelry of the period. Rose gold was common due to the amount of platinum needed for the military. Likewise, it was a time for distraction in America and a time for Hollywood. Actresses like Vivien Leigh, Joan Crawford, and Ava Gardner are only a small sum of women from the Golden Age of film, and admit it… there is something so whimsical yet so crisp and geometric about the incredible machine-age heirlooms these ladies wore. The gemstones were extravagant: Rubies, Citrine, Aquamarine, Amethyst to name a few…A bit ostentatious, maybe? I prefer the word glamourous. 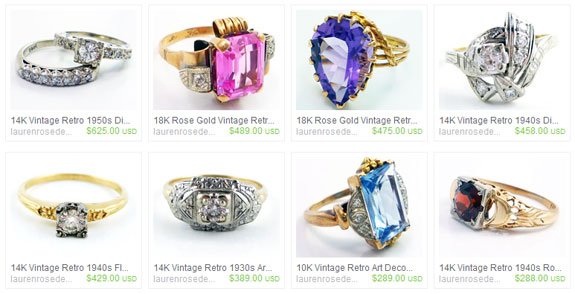 Our etsy shop combines both Retro and Mid-Century periods into one category because the pieces blend nicely into one another. The Mid-Century period, otherwise known as the Fabulous Fifties, is designated by the re-use of platinum, white gold, and diamonds post WWII. See if you are able to distinguish one period from another based on what you have read here. 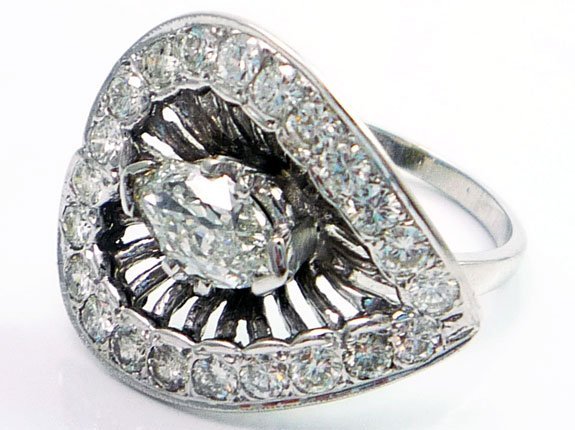